HAVE YOU EVER TRIED TO MAKE WHIPPED CREAM

. . . and accidentally made butter instead? Or attempted to create a grain-free version of your favorite bread pudding recipe and made bread soup instead? Oh . . . well . . . I did both of those things this week.

I also typed a “I CAN SEE YOU” into a public webinar I was participating in. I meant to send it as a flirty Skype message to Daddypotamus, who was waiting for me outside a coffee shop, but instead I just creeped out a bunch of parents who wanted to learn about positive parenting techniques. So basically it was a normal week.

Fortunately, Daddypotamus patiently ate his way through several batches of this gluten-free bread pudding until I got it just right. It’s rich, chock full of raisins and cinnamon, and delicious both hot and cold. Though you can serve it with whipped cream or drizzled in vanilla sauce (recipe below), it’s moist enough to enjoy on its own. 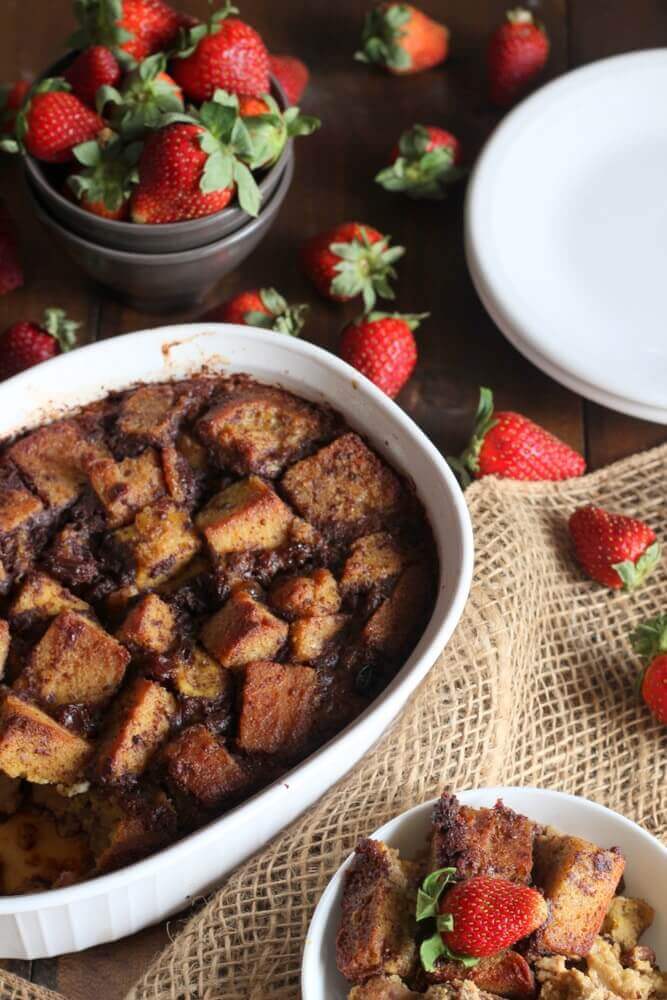 To make your coconut flour bread into bread pudding.

For The Bread Pudding

2. Add coconut flour bread to your baking dish/Dutch oven. Sprinkle raisins over the top and mix them in a little, then pour the liquid in. If needed, dunk your bread cubes until they are fully coated in liquid.

Learn The Three Irresistible Promises That Grow Any Business eBook